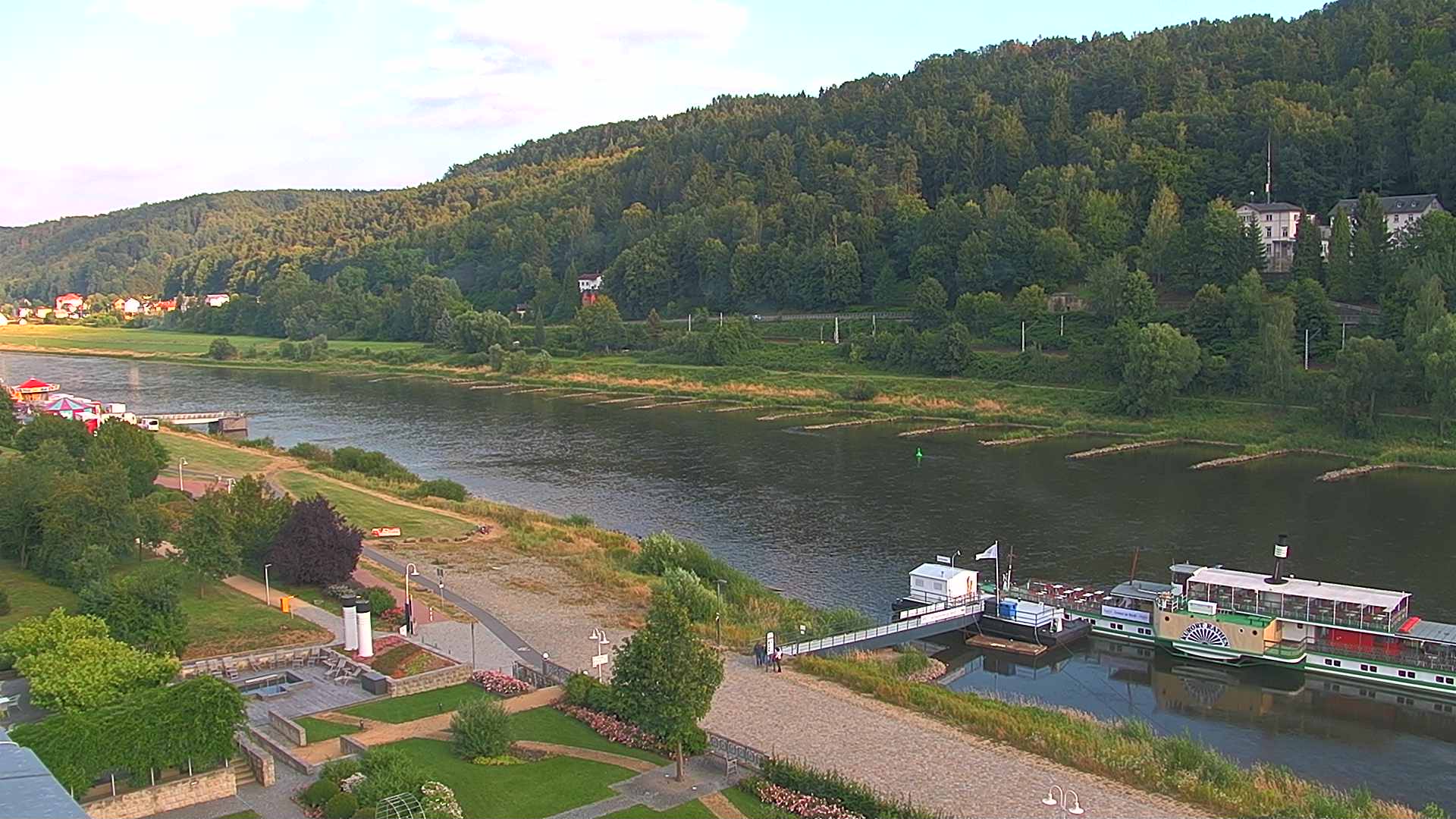 Elbresidenz
Bad Schandau
Book your next stay online and enter the booking code HOMEPAGE. You will receive a 5% discount on the rate booked online and can choose a thank you when booking. Not in connection with other discounts.

The impressive row of houses in Bad Schandau’s city center has always attracted many visitors. The historic foundations – which have already been used as hotels in the course of their history – date back to the year 1617.

After the reunification of Germany, the historic buildings at the market square lost their old splendor. Especially after the devastating floods of 2002, the houses faced inevitable decay.

In order to bring back the old glamour to Bad Schandau’s town center, the buildings underwent reconstruction and were connected to an opulent hotel. Due to its location directly at the river Elbe, special emphasis was put on flood protection which played a major part in the reconstruction works.

In 2013 massive floods hit Bad Schandau and the hotel once more, causing the temporary closure of the property. In 2016, the Hotel Elbresidenz could celebrate its re-opening. Much has changed since then: the hotel was modernized and flood protection has been improved significantly. Moreover, the hotel is now part of the Toskanaworld Group – an experienced business for the operation of spas and wellness hotels. Explore a rich cultural program as well as a variety of creative events in the Hotel Elbresidenz an der Therme Bad Schandau as well as local activities and performances.

From stress-melting massages to heavenly facials. Our Wellnesspark offers a wide range of high-quality treatments. Gifts that inspire and stir emotions. Our online shop offers vouchers for magic moments. The perfect present for someone special.